Why Should You Repair A Dent? 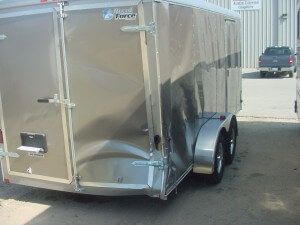 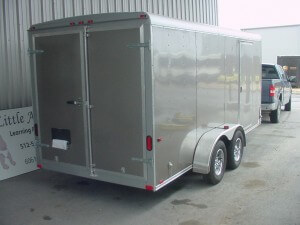 Dents can come from various objects or even from natural elements like a Hail Storm. Say your heading to a concert downtown Austin, and you are stuck in traffic, big surprise right? Well let’s say someone didn’t read our other blog about the negative effects of being on a cell phone while driving and this person rear ends you because they were on their cell phone! But, it’s only a slight fender bender, but still there’s a sore eyed dent and you have to decide; should I repair it or just ignore it?

The first step to take to prevent rusting is to repair the dent, so ignoring it should not even be an option! Think about all the time and money that you have spent on your vehicle. It’s an investment that needs to be well taken care of.

Dents can fracture your car’s paint sealant, which is like a shield for your paint. Exposing the paint of your car, makes it venerable to corrosion and rusting. This can happen very quickly once your car is exposed to the crazy Texas weather! Think about all the rain we have been getting lately, having this rain touch the paint directly with the sealant damaged can cause major rusting!

No dent that breaks the sealant is immune to rust as it does not stay put in one place, it can and will spread. In most situations, it will start with one small dent, and will digs its way deep into the frame of your vehicle, altering the vehicles appearance in a terrible way while significantly decreasing the resale value of the vehicle. Rust can also spread to the major working parts of your vehicle, corroding away at very important components costing you in major repairs.

Even small dents and dings have a major role in reselling in the automotive industry. The appearance of your vehicle is just as important as the mechanical condition in the sales market. Reselling your vehicle with dents and dings can cause a huge price reduction when selling, especially if there are signs of rust showing.

Getting these repairs done before trading in your vehicle can in can give you more than just your money back.

It is important to remember that the appearance of your vehicle is a very important factor in evaluating trade-in or selling value. Don’t delay in repairing car dents as a dealership can and will deduct the repair cost when you’re ready to sell or trade in your vehicle, this could be a huge loss to you.