It’s 2016 and we still have numerous vehicle accidents occur on a daily bases. At Central Texas Collision Services, we see these vehicles all the time, it’s our business to fix them and get them back on the road. Still, these accidents seem to be growing each year with no signs decreasing. The automotive and technology industries are looking at releasing self-driving cars very soon. Could this be the solution to decreasing vehicular accidents? Read more below and tell us what you think about this topic. 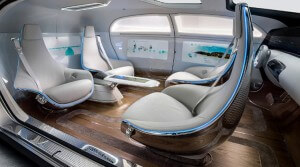 In 2013 the US Department of Transportation published an official policy statement stating that self-driving cars should be limited to testing and not be authorized for use by members of the public for general driving purposes. Since then, US Department of Transportations Secretary Anthony Foxx said, “I want the posture of our agency to be obviously vigilant on the safety front, but I don’t want our agency to be skittish about innovations that are out there.” This statement from Foxx, clearly signaled that the technology advancement interested him greatly.

For many years, Google and multiple automakers such as Tesla Motors, Nissan and Honda have been testing prototypes equipped with sensors and cameras on public streets and highways mainly in California. Some have gotten into collisions, but in each case, the companies say that the driver behind the other car involved was to blame for the accident. Does this mean that human error is to blame for accidents and that self-driving vehicles are less likely to cause accidents than having a licensed driver behind the wheel? This could be true if you think of how most accidents are caused; distracted drivers such as texting or talking on the phone, intoxicated drivers, drivers who fall asleep at the wheel etc.  With self-driving vehicles, you have confidence knowing the system doesn’t have human capabilities such as being intoxicated, being distracted, or falling asleep. But what happens if the system malfunctions and fails. This could be very worrisome as Google sees self-driving vehicles not requiring a licensed driver behind the wheel. Google has argued that once cars can drive as safely as humans, then it would be better to remove the steering wheel and pedals so that people do not mess up the ride. But if the system were to fail and the person behind the wheel had to drive manually, wouldn’t there be a need for that person to know how to drive and be licensed? In turn this person who does not know how to drive and probably isn’t licensed would more than likely cause an accident if the system failed and they had to manually drive. On a semi positive note, the self driving vehicles could allow intoxicated drivers to be behind the wheel while the car drove them to their next destination. This would save these people from driving while intoxicated and causing an accident, but this also encourages malicious behavior and allows the person to be intoxicated in a moving vehicle without any negative impact. Again, what if the system fails and there is an intoxicated person is behind the wheel? The outcome could truly be fatal.

Google has advocated getting self-driving cars into the publics hand as quickly as possible once the technology is deemed safe, but how will we know if it will ever truly be safe? Do you think that having self-driving cars on the road could decrease accidents and make driving safer for everyone on the road? It’s definitely a good thought as there is no real answer until the day we see these vehicles on the road.